The captain's wife, she being on board, she seemed in great joy
To think her husband had engaged such a handsome cabin boy
And now and then she'd slip him a kiss, and she would 'a liked to toy
It was the captain found out the secret of the handsome cabin boy

Her lips they were like roses, her hair allwas all in a curl
The sailors often smiled and said, "she looks just like a girl"
But eating of the captain's biscuit, her color did destroy
And the waist did swell of pretty Nell, the handsome cabin boy

It was in the Bay of Biscayne, our gallant ship did plough
One night among the sailors was a fearful flurry and row
They tumbled from their hammocks, for sleep it did destroy
They swore about the groaning of the handsome cabin boy

"Oh doctor, dear, oh doctor", the cabin boy did cry
"My time has come, I am undone, surely I must die"
The doctor cam a-runnin', and smilin' at the fun
To think a sailor lad should have a daughter or a son

The sailors, when they saw the joke, they all did stand and stare
The child belonged to none of them, they solemnly did swear
The captain's wife she says to him "My dear I wish you joy
For it's either you or me's betrayed the handsome cabin boy"

So each man took his tote of rum, and he drunk success to trade
And likewise to the cabin boy, who was neither man nor maid
"Here's hoping wars don't rise again, our sailors to destroy
And here's hoping for a jolly lot more like the handsome cabin boy" 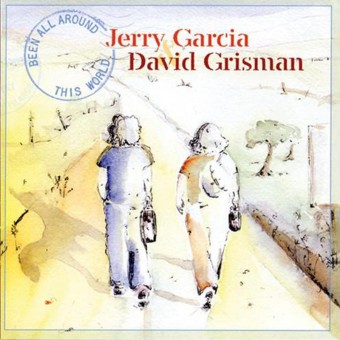 Been All Around This World