There's mosquitoes on the river Fish are rising up like birds It's been hot for seven weeks now Too hot to even speak now Did you hear what I just heard? Say, it might have been a fiddle Or it could have been the wind But there seems to be a beat now I can feel it in my feet now Listen here it comes again There's a band out on the highway They're high-stepping into town It's a rainbow full of sound It's fireworks, calliopes and clowns Everybody's dancing Come on children, come on children Come on clap your hands Sun went down in honey And the moon came up in wine You know stars were spinning dizzy Lord the band kept us so busy We forgot about the time They're a band beyond description Like Jehovah's favourite choir People joining hand in hand While the music plays the band Lord they're setting us on fire Crazy rooster crowing midnight Balls of lightning roll along Old men sing about their dreams Women laugh and children scream And the band keeps playing on Keep on dancing through to daylight Greet the morning air with song No one's noticed but the band's all packed and gone Was it ever here at all? But they kept on dancing Come on children, come on children Come on clap your hands Well the cool breeze came on Tuesday And the corn's a bumper crop And the fields are full of dancing Full of singing and romancing The music never stopped 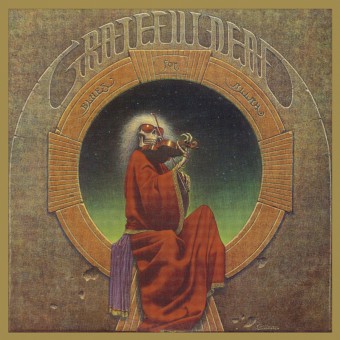