GO ON TOUR
Add to favorites

Upon returning home from a Legion of Mary tour in 1975, the direction of the band began to change—marked by the departure of Merl Saunders and Martin Fierro, and the addition of British rock and roll pianist, Nicky Hopkins. The newly-formed Jerry Garcia Band remained the most important of his side-projects until his death in 1995. The band toured and recorded sporadically throughout its twenty-year existence. Over the years, the lineup changed a number of times; the one constant member, besides Jerry, was bassist John Kahn. Melvin Seals had the next longest tenure, serving as keyboardist from 1980 onward. Seals became bandleader following Garcia’s death and changed the group’s name to JGB. 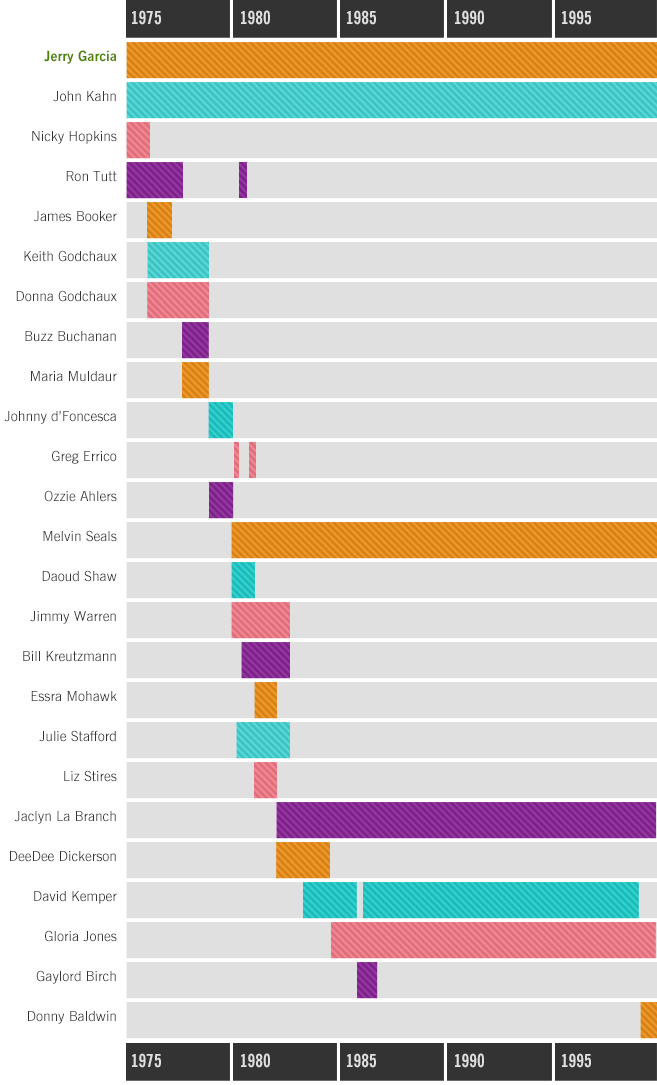