This Is No April Fools Joke, There’s More To This Black T-Shirt Than Meets The Eye

We’ve all seen it. We’ve grown accustomed to it. We’ve even feigned shock when it didn’t make it to the stage. Jerry’s infamous black Fruit of the Loom pocket t-shirt can now be part of your wardrobe too. We’ve dubbed this t-shirt “Tour Veteran” for the number of shows its seen, but there is more to this 100% cotton shirt than meets the eye. The shirt’s label has been removed and replaced with a Keystone era Jerry illustration screen-printed in grey. The best part? Each t-shirt arrives with a flashback-inducing download card in the pocket which grants access to a special GarciaLive digital-only archival release. Don’t bother testing the wares, we didn’t take it that far…

This first digital-only release has been mastered for release by longtime Garcia collaborator Joe Gastwirt and delivered in your choice of formats: 320kbps MP3 or lossless FLAC.

This 100% cotton t-shirt will be available for purchase in the Official Garcia Store beginning today for ONE WEEK only. It may be April Fools, but we’re not pulling any pranks. Don’t miss out. 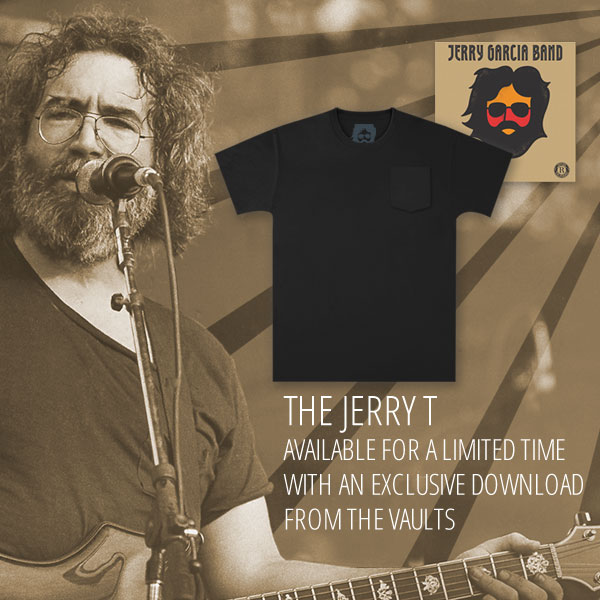