Stephen prosper in his time
Well he may, and he may decline
Did it matter, does it now?
Stephen would answer if he only knew how

Wishing well with a golden bell
Bucket hanging clear to hell
Hell half way twixt now and then
Stephen fill it up and lower down, and lower down again

Lady finger, dipped in moonlight
Writing "What for?" across the morning sky
Sunlight splatters dawn with answers
Darkness shrugs and bids the day goodbye

Speeding arrow, sharp and narrow
What a lot of fleeting matters you have spurned
Several seasons with their treasons
Wrap the babe in scarlet colors, call it your own

Did he doubt or did he try?
Answers a-plenty in the by and by
Talk about your plenty, talk about your ills
One man gathers what another man spills

Fortune comes a-crawling, Calliope woman
Spinning that curious sense of your own
Can you answer? Yes I can
But what would be the answer to the answer man? 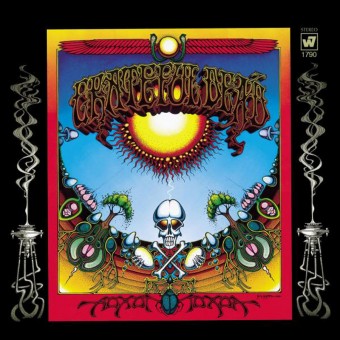