Run For The Roses set for Record Store Day 2018 reissue

On Record Store Day 2018, Round Records will release Run For The Roses, Jerry Garcia’s fourth and final full-length studio album as a limited edition, individually numbered 180-gram orange & black marbled vinyl, available exclusively at participating independently owned record stores across the country.  Originally released in 1982, Run for the Roses was produced by Garcia and John Kahn from sessions held at the Dead’s Club Front studio and Devonshire Studios in Los Angeles.  The album features several underrated Garcia/Hunter compositions including the infectious title track “Run for the Roses,” “Valerie,” and “Midnight Getaway,” among other highlights.  In addition to Garcia and Kahn, Run for the Roses features Merl Saunders and several past, present or future Jerry Garcia Band members including Ron Tutt, Liz Stires, Jimmy Warren, and the debut of Melvin Seals.

The RSD re-issue was re-mastered by Fred Kevorkian and pressed to vinyl by Pallas Group in a limited edition of 5,000 pieces featuring individually numbered foil-stamped jackets.  Each LP includes a free MP3 download of the re-mastered album audio. Record Store Day 2018 will be held on Saturday, April 21st.  Find a participating, independently owned record store near you at RecordStoreDay.com. 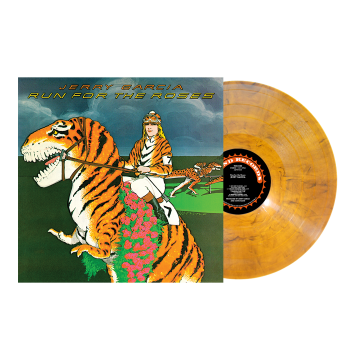