We’ve heard your requests for more full-show Jerry Garcia Band vinyl releases and we’re happy to oblige!  On November 25th, Round Records will re-issue Pure Jerry: Hampton Coliseum, Hampton, VA November 9, 1991 as a 5-LP boxed set exclusively to local, independently owned record shops as part of RSD Black Friday! Originally released as a 2-CD set in 2006, the Hampton ’91 performance will be pressed to 180-gram vinyl in a limited edition of 7,500. The vinyl collection will be housed in a deluxe clamshell box adorned with new artwork by painter Graham Yarrington and features an etching on the collection’s closing side.

Regarded as one of several standouts from the band’s landmark fall ‘91 tour, this stop in Hampton is certainly worthy of its lore. In addition to having all the hallmarks of a quintessential latter era Jerry Garcia Band performance, this night featured a very special guest: Virginia’s own Bruce Hornsby joining on electric piano for the first and only time. The setlist is typically well balanced mixing road tested staples, like the show opening “How Sweet It Is (To Be Loved By You)” and “The Night They Drove Old Dixie Down,” along with more recent additions to Garcia’s songbook including Van Morrison’s “Bright Side of the Road” and the show-closing “What A Wonderful World.” Playing with Hornsby always seemed to ignite a spark within Garcia and this proved to be no exception with their potent chemistry fueling lively versions of  “Ain’t No Bread in the Breadbox,” “You Never Can Tell (C’est La Vie)” and “Midnight Moonlight.”

Find this special vinyl re-issue of Pure Jerry: Hampton Coliseum, Hampton, VA November 9, 1991 at one of the many stand-out local record shops in your area on November 25th. For a list of participating stores and the full list of titles available for RSD Black Friday, visit RecordStoreDay.com. 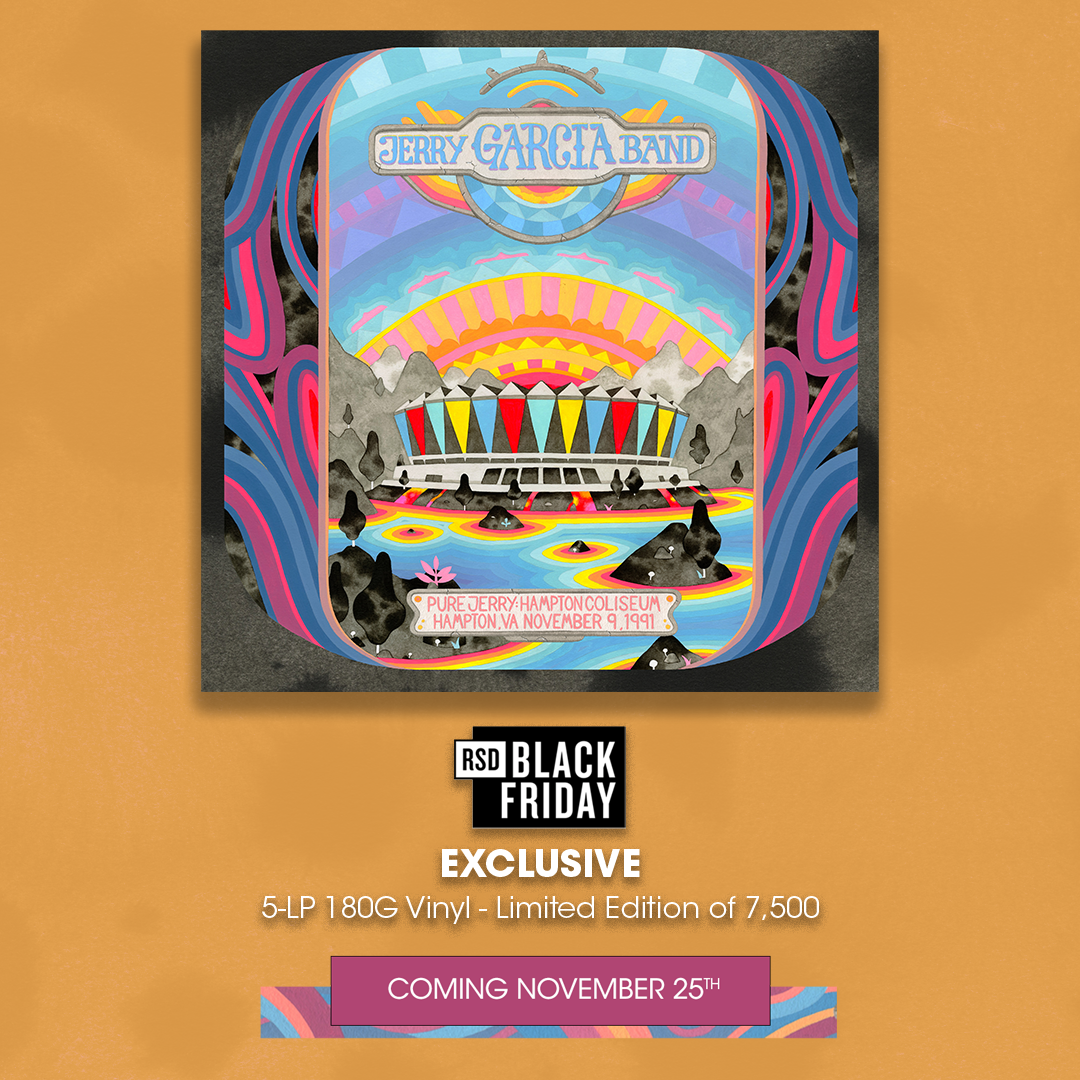