Old & In The Way – The Complete Boarding House Tapes

This 4-set compilation comes exactly 40 years after the band played two shows at The Boarding House in San Francisco — the first on October 1, 1973 and second on October 8, 1973, from which the original LP was produced.

This is the first release of complete shows by this stellar bluegrass ensemble and includes 55 tracks, 14 of which have never been issued in any format.

Old & in the Way had a huge impact on bluegrass music through the recordings, which were made by Owsley Stanley III at The Boarding House.  The Complete Boarding House Tapes are now available for download at LiveDownloads.com. 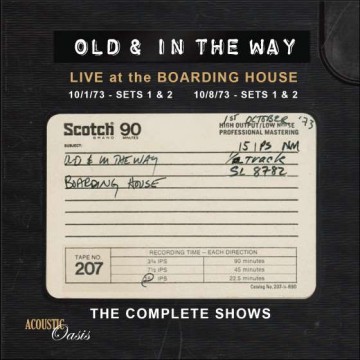