Round Records returns to the city that never sleeps for the next release from the Garcia Family vaults: GarciaLive Volume 16: November 15th, 1991 Madison Square Garden. The newest installment in the ongoing archival series is set for release on June 25th as a 3 CD set, digital download, and available on select streaming platforms. In addition to the usual array of photos and memorabilia from the tour, the release features an in-depth liner note essay by Dean Budnick with reflections from Melvin Seals, Jacklyn LaBranch, Dennis McNally, and John Popper, whose band Blues Traveler opened the evening. Grammy award-winning designer Lawrence Azerrad (Wilco, Miles Davis, Herbie Hancock) has re-imagined the series artwork fusing Garcia’s “Ink Demensions” illustration with additional surrealistic or abstract elements to create a sense of space and wonder.  GarciaLive Volume 16 finds the world’s most recorded musician in the world’s most famous arena at the midway point in one of his longest and most celebrated solo tours. While Garcia was no stranger to Madison Square Garden, November 15th marked the Jerry Garcia Band’s debut in the vaunted venue. Though just two months removed from the Grateful Dead’s sold-out 9-night residency at the Garden, the crowd’s eruption as the houselights dimmed revealed the immense excitement for Garcia’s return. The buoyant set-opening “How Sweet It Is (To Be Loved By You)” signaled the feeling was indeed mutual. Love remained a central theme throughout the evening with stunning versions of Smokey Robinson’s “The Way You Do The Things You Do,” Van Morrison’s “He Ain’t Give You None” and “Bright Side of the Road,” and Dylan’s “Simple Twist of Fate,” among others. A near-automatic highlight of any latter era Jerry Garcia Band set, this performance of The Manhattan’s “Shining Star” is so poignant it became the centerpiece for the 2001 compilation of the same name. The extended takes on “Ain’t No Bread in the Breadbox” and “Don’t Let Go” which followed offered the band plenty of room to stretch out with the latter yielding the deepest improvisations of the evening. Not one to treat encores as de rigueur, Garcia finds the perfect sentiment to close the night with the timeless “(What A) Wonderful World” sending everyone home walking on air. GarciaLive Volume 16: November 15th, 1991 Madison Square Garden is now available for pre-order at Garcia Family Provisions in advance of its June 25th release. The 3-CD set or digital download can be pre-ordered on its own or bundled with an exclusive 100% organic cotton t-shirt and/or a limited edition 18″ x 24″ screen-print designed, signed & numbered by artist Mike DuBois. 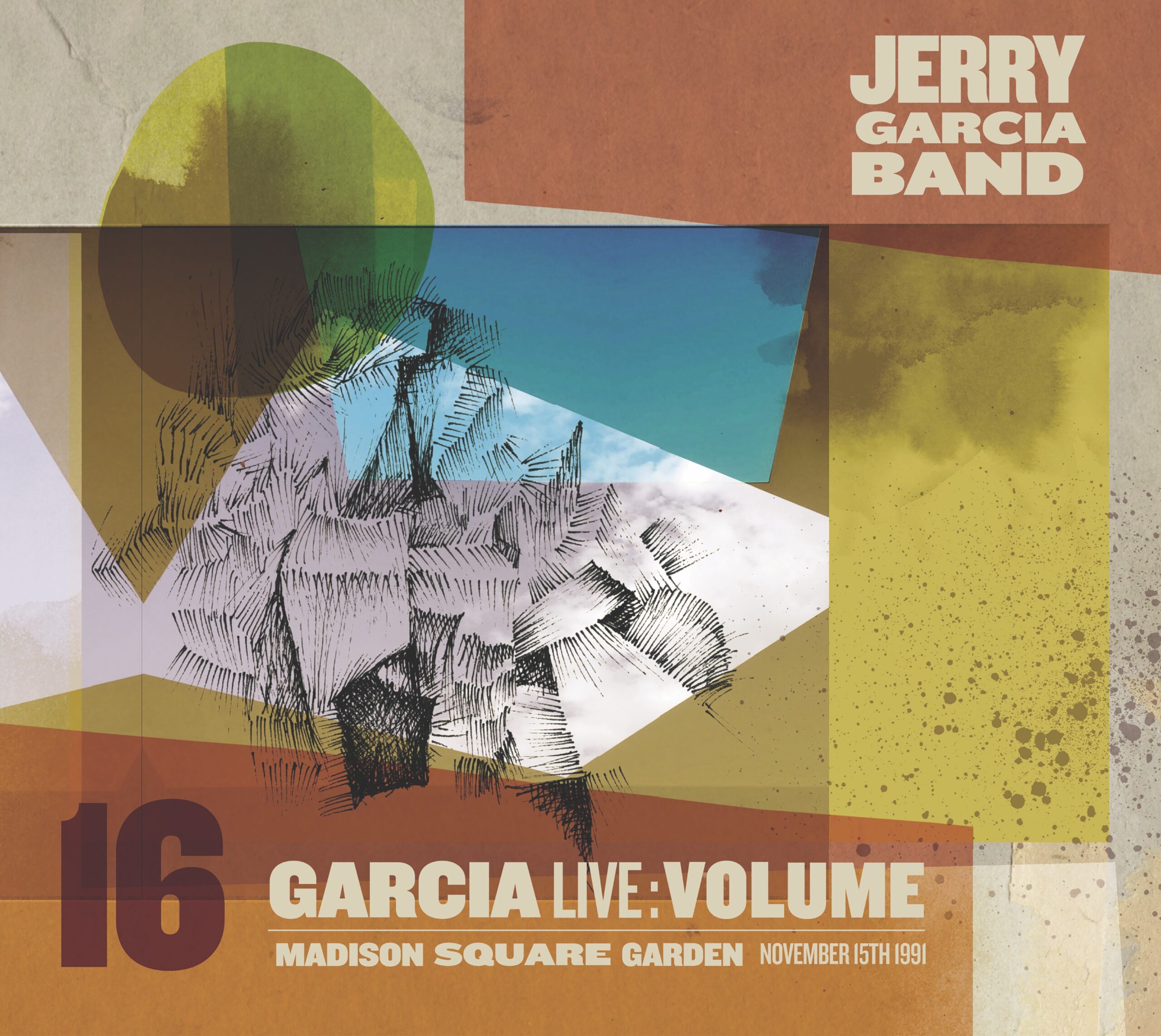 Disc One:
Set One:1. How Sweet It Is (To Be Loved By You)2. Struggling Man3. He Ain’t Give You None4. Simple Twist of Fate5. Lay Down Sally Disc Two: 1. The Night They Drove Old Dixie Down2. My Sisters and Brothers3. Deal Set Two:  4. The Way You Do The Things You Do 5. Waiting For A Miracle6. Shining Star7. Ain’t No Bread in the Breadbox Disc Three:1. Don’t Let Go2. That Lucky Old Sun >3. Bright Side of the Road Encore:4. (What A) Wonderful World