Last night, Brooklyn Bowl hosted an auction for Jerry Garcia’s famed “Wolf” guitar, which was sold for $1.6 million plus a $300K buyer’s premium. The bid was matched by an anonymous donor, garnering $3.5 million in total for the Southern Poverty Law Center, which marks the most money ever generated from the auction of one guitar. The evening also featured Joe Russo leading an all-star cast of “Friends with Benefits” that included most of his Almost Dead bandmates and many more, some of which had the pleasure of played Wolf before it went to its new owner.  Read more about the evening at Relix.com 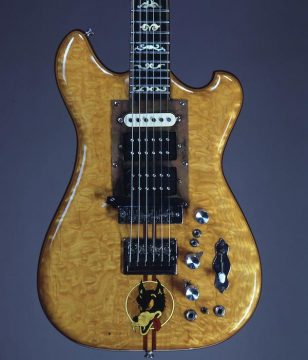