Jerry Garcia Band (Live) Album To Be Recreated at The Warfield

Next week’s Like A Road Leading Home shows at The Warfield are getting a little more special!  Melvin, Gloria, Jackie, Oteil, Tom & Duane will recreate the self-titled Jerry Garcia Band live album on Friday, January 11th!

The exalted live record was recorded over multiple nights at The Warfield during the spring & summer of 1990 capturing the quintessential Jerry Garcia Band at one of their creative peaks.  Spanning two discs, the record showcases some of the most beloved staples in the Garcia Songbook including four songs penned by Bob Dylan (“Simple Twist Of Fate”, “I Shall Be Released”, “Señor (Tales Of Yankee Power)”, and “Tangled Up In Blue”), plus an diverse assortment of R&B, pop, rock & soul that permeated the Jerry Garcia Band’s setlists during the 80’s & 90’s. 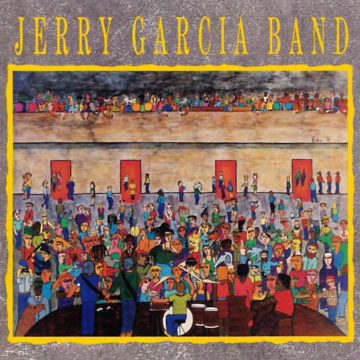 We’re looking forward to sharing two nights of music & good vibes with everyone at one of Jerry’s favorite venues! Tickets and full show information can be found at AXS.com