It’s high time for a bit of good news and Round Records is ready to deliver! We’re delighted to share the long-awaited Jerry Garcia Band (30th Anniversary Edition) vinyl pressing will be available in-stores and online on December 3rd. The 30th Anniversary Edition marks the legendary, self-titled live album’s first vinyl pressing. The release features over two hours of magic across five LPs and includes new liner note essays by Bill Walton and Steven Hyden plus a special etching filling out the collection’s final side.

The Jerry Garcia Band (30th Anniversary Edition) is offered as a special Collector’s Edition pressed in a limited edition of 10,000 on 180gram weight black vinyl housed in a gold foil embossed clamshell box. A separate, open-edition pressing on standard weight black vinyl and without the gold foil embossing will also be available. The Collector’s Edition is now available for pre-order via your favorite local, independent record store. Both editions will also be available via Garcia Family Provisions beginning Wednesday, October 20th.

About the release:
Originally released on CD and cassette in 1991, Jerry Garcia Band showcases the band on the stage Garcia graced more than any other — the Warfield Theatre. Though several studio records were made since the band’s inception in 1975, Jerry Garcia Band holds the distinction as the only live document Garcia produced during his lifetime. Garcia’s selections are a veritable tour de force that reveals the depth of his songbook and exquisite abilities as a performer and band-leader. The collection includes the band’s, arguably, definitive performance of Dylan’s “Tangled Up In Blue,” along with a handful of other staples by the Bard. Smokey’s “The Way You Do The Things You Do” is another easy highlight with vocals so soft and sweet they’re certain to put a smile on anyone’s face. While “Don’t Let Go” showcases the band’s considerable chemistry that allowed them to paint so freely outside the lines.

As Steven Hyden notes in the album’s new liner note essay, “The result on Jerry Garcia Band is an album that feels, in the best possible sense, like church, a sacred sanctuary that a community visits when it needs to be reminded of its better and purer selves… a work of incredible warmth and wisdom that can reboot and then refresh even the weariest of hearts.” 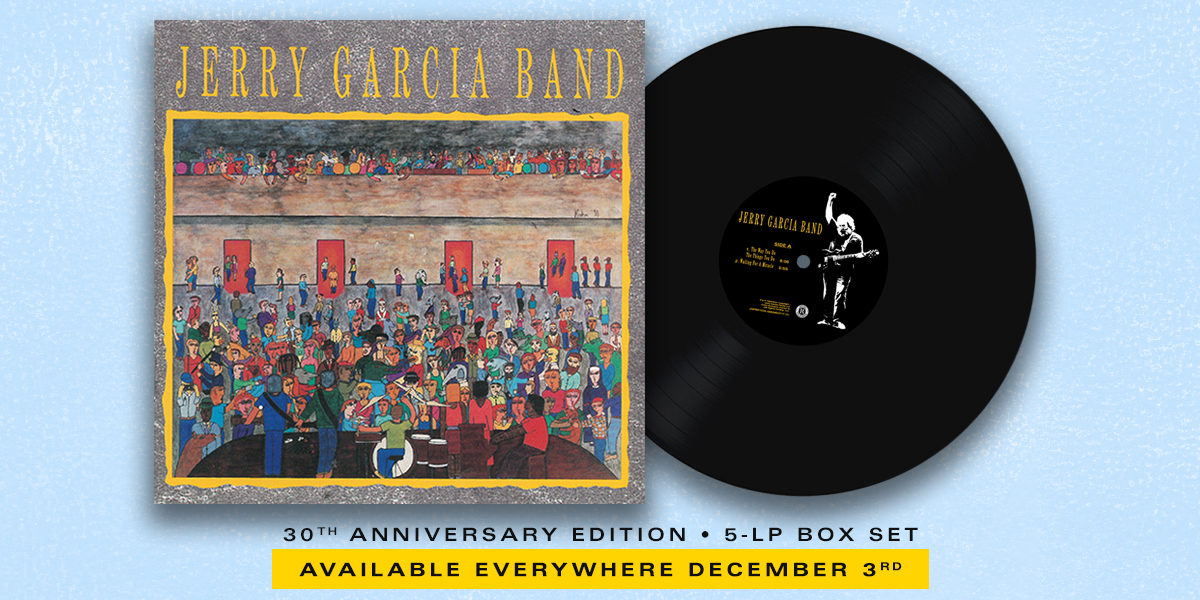