Round Records and the Jerry Garcia Family will release a new installment of the GarciaLive archival series on December 20th. GarciaLive Volume 12: January 23rd, 1973 The Boarding House will present Jerry Garcia and Merl Saunders’ complete and previously uncirculated performance at the storied downtown San Francisco venue. Mixed by Jonathan Wilson and Dave Cerminara from the original 16-track recordings captured by Betty Cantor and Rex Jackson, GarciaLive Volume 12 will be issued as a 3-CD set, digital download, and available for streaming. Pre-order here.

Captured nearly two years after debuting their amorphous combo, GarciaLive Volume 12 finds Garcia and Saunders continuing to stretch the bounds of R&B standards and foundational rock & roll on the front-end of a three-night midweek run. The core of Garcia, Saunders, bassist John Kahn and drummer Bill Vitt are joined here by vocalist Sarah Fulcher whose tenure with the group was brief but revolutionary. Cut from the same cloth as her bandmates, Fulcher is a fearless improviser who could make up words and lead lines in the moment. On a rollicking version of Martha and the Vandellas’ “Honey Chile”, Fulcher showcases her abilities as a self-described “jam singer” leading, as Jesse Jarnow notes in the liner note essay, an “ebullient jam that turns the Motown bounce inside out and lands in a lithe descending pattern not dissimilar to what Dead tapers labeled the “Mind Left Body” theme.”  Other highlights include a pair of Ray Charles staples “Lonely Avenue” and “Georgia On My Mind” which showcase the band’s ability to play it “straight.”  Straight of course is relative with Garcia/Saunders & co extending these soul-soaked performances well beyond the 10 minute mark as only they can.

GarciaLive Volume 12: January 23rd, 1973 The Boarding House is now available for pre-order at Garcia Family Provisions in advance of its December 20th release. The 3-CD set or digital download can be pre-ordered on its own or bundled with an exclusive 100% organic cotton t-shirt and/or a limited edition 18″ x 24″ screen print designed, signed & numbered by artist WeirdBeard72. 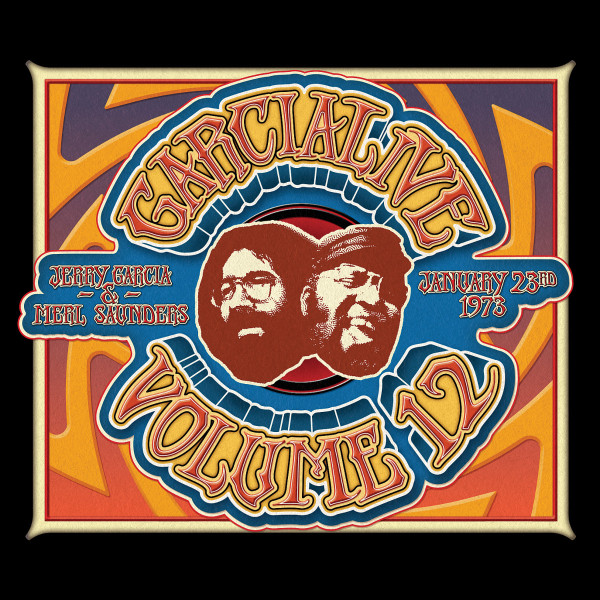