Alongside the announcement of Garcia (50th Anniversary Edition), we are looking forward to inviting artists to collaborate with the existing material… in the form of Garcia (Remixed).

Garcia (Remixed) is a genre-defying dance potion crafted by LP Giobbi, a forward-thinking, boundary-breaking artist disrupting dance music today. A Deadhead herself, this isn’t her first drop of Garcia’s inspiration. Originally scheduled to perform at Playing in the Sand earlier this year, LP Giobbi pivoted after its cancellation to showcase her “one-woman jam band” talents virtually. In February, she live-streamed “Dead House” with all donations made during the event benefiting the beloved Rex Foundation.

Widely known for her bass-rattling house beats and electrifying live performances, she is a multifaceted creative and entrepreneur. In addition to her work as a multi-instrumentalist, producer, and DJ, she is the North American Music Director for W Hotels, co-owner of Animal Talk (a hybrid publishing company, record label, and artist collective), and founder of FEMME HOUSE. As an ardent feminist and advocate for gender equality, FEMME HOUSE is an educational platform, community, and 501(c)(3) created to address the lack of representation and equity in electronic music by empowering women and non-binary people in the technical areas of music.

“Getting to remix Jerry Garcia’s entire first album is one of the coolest things I will ever be a part of. Being raised by Deadheads, Jerry felt like a part of my family growing up. I’ve known his voice intimately since the womb and to this day his voice is synonymous with home. Getting to sit in the studio and listen to his creations and pull them apart and appreciate every part of them in a new way was beyond a dream come true. I felt so connected to my family, where I came from and where I’m going through this process. I got to work on a few of the tracks with my dear collaborator Le Chev who brought yet another layer of love and magic to these tracks. I also got to work with DJ Tennis on one of the tracks which was extra special because he and I connected over psychedelic rock and the dead when we first met and we were both wearing Grateful Dead shirts. I always love meeting people in the electronic dance community who appreciate, love and understand the importance of Jerry, the Grateful Dead and the Deadhead community.”

In the spirit of traveling into another world, we brought in our new friend Young & Sick to reinterpret the original cover art designed by Bob Seidemann.  While the music is still brewing, the first peek into Garcia (Remixed) is set to drop alongside the release date of Garcia (50th Anniversary Edition) on December 2nd. 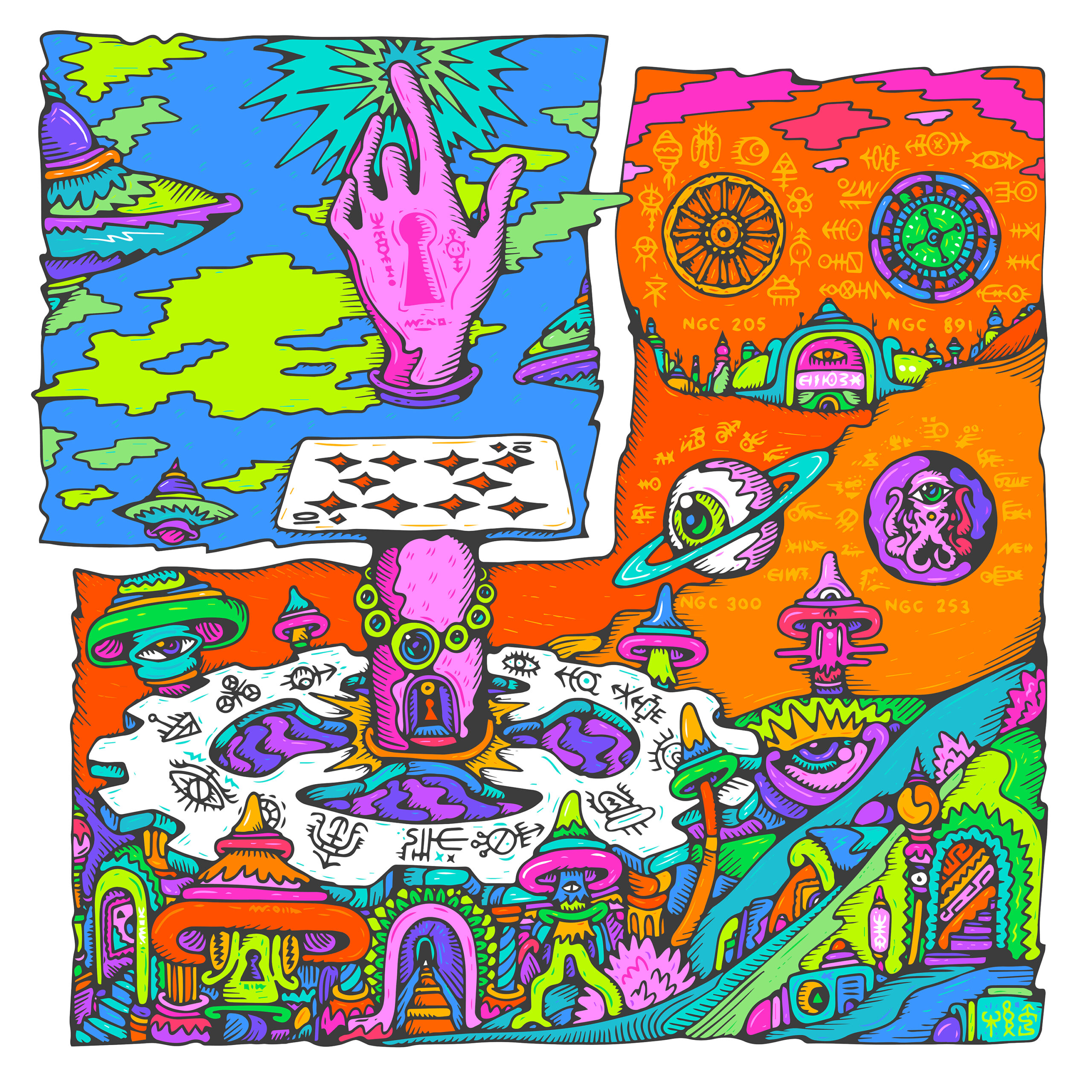