Tickets for Dear Jerry: Let’s Play 2 go on sale Thursday, September 1, 2016 at 10AM via ticketmaster.com, by phone at 800-745-3000 and all Ticketmaster locations. A special Jerry Garcia fan club pre-sale will begin Tuesday, August 30, 2016 at 12PM ET, and run through Wednesday, August 31, 2016 at 10PM ET via http://jerrygarciafanticketing.shop.ticketstoday.com.  For additional details go to http://DearJerryTwo.com. 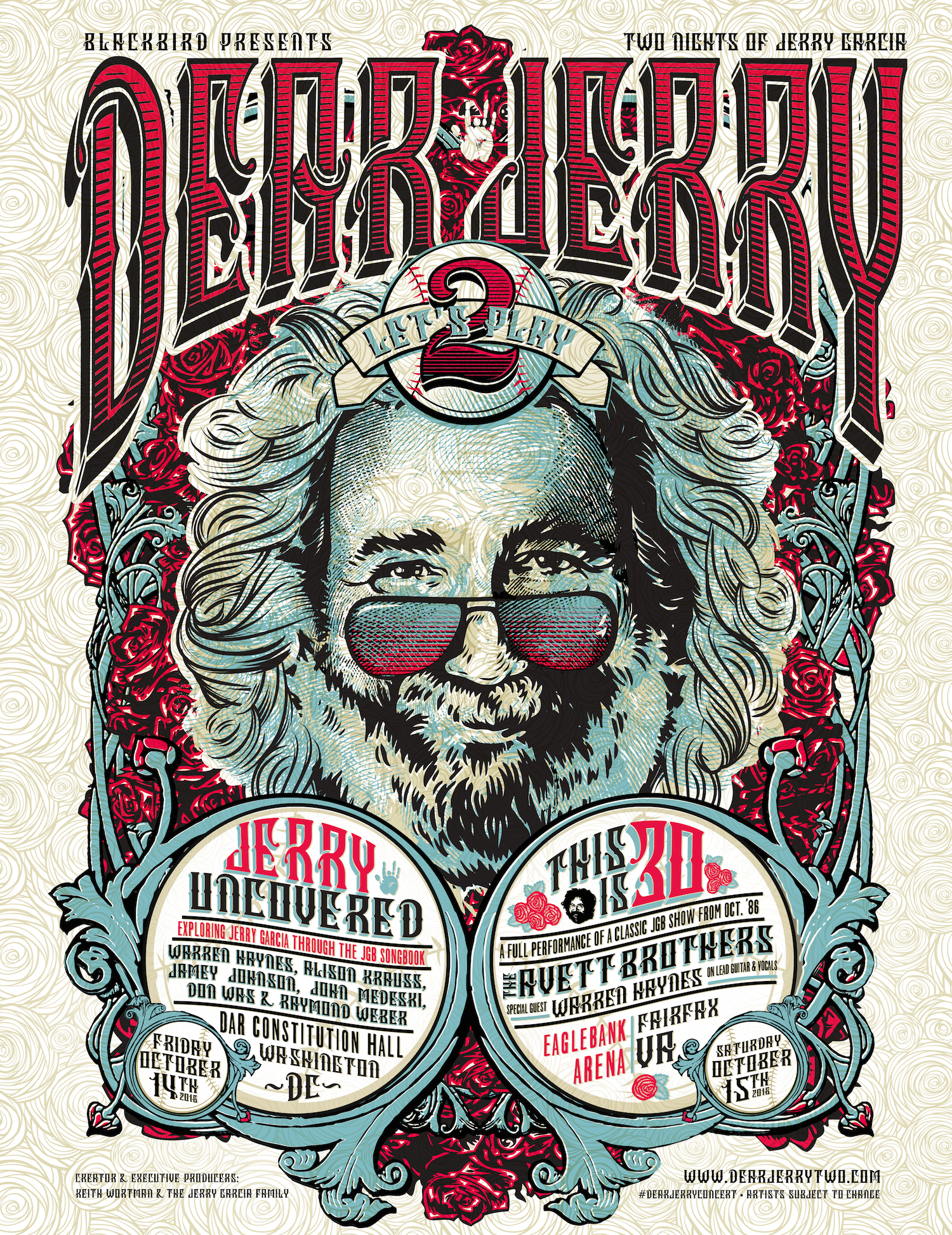