DEAR JERRY: CELEBRATING THE MUSIC OF JERRY GARCIA – MAY 14th IN COLUMBIA, MD

Tickets go on sale Friday March 13 at 12pm ET via Ticketfly.com or by phone at 877-4FLY-TIX. Tickets can be purchased in person at the Merriweather Post Pavilion West Box Office Monday – Friday from 10am – 4pm, or at the 9:30 Club Box Office. Citi cardmembers will have access to presale tickets beginning Tuesday, March 10th at 10am ET through Thursday, March 12th at 10pm. For more information visit citiprivatepass.com. The Merriweather Post Pavilion parking lot will open at 3:30pm. Doors will be at 5:30pm and the show will begin at 7pm.

Keith Wortman is the creator and executive producer of the show. Grammy Award-winner Don Was serves as music director, and will lead an all-star band backing the performers at this incomparable concert event taping. Was and Wortman recently teamed to produce large-scale concert events, music releases, and broadcast specials honoring music icons such as Johnny Cash, Levon Helm, Dr. John, Gregg Allman, Mavis Staples and Emmylou Harris amongst others. DEAR JERRY: CELEBRATING THE MUSIC OF JERRY GARCIA will be filmed and recorded for multi-platform distribution throughout traditional and digital media. The event will be co-produced by the Jerry Garcia family.

“It’s exciting to have so many phenomenal artists performing in this special musical tribute to my dad, Jerry Garcia!” says Trixie Garcia. “DEAR JERRY: CELEBRATING THE MUSIC OF JERRY GARCIA speaks volumes to Jerry’s lasting influence in the ears and hearts of his fans and fellow musicians. Join us in celebrating the legacy that inspired so many.”

“Jerry gave his heart, soul, and music to his band mates, fellow musicians, and to millions of fans around the world,” said Wortman. “Whether playing in the Grateful Dead, his acoustic and bluegrass bands or his beloved Jerry Garcia Band, his songs made us happy just to be alive. As all of us in the extended Grateful Dead family embark on celebrating 50 years of their music, I can’t think of a more fitting way to kick-off the festivities than by honoring Jerry and his songs at this extraordinary event. I am privileged and humbled to be working with theses artists to deliver such a special event to the fans — it will be unforgettable.”

“Jerry made us fall in love with the possibilities of music,” said Was. “Getting to play his songs with these artists is a dream realized for all of us.”

FOR ALL SHOW DETAILS AND THE OFFICIAL SHOW WEBSITE PLEASE GO TO: 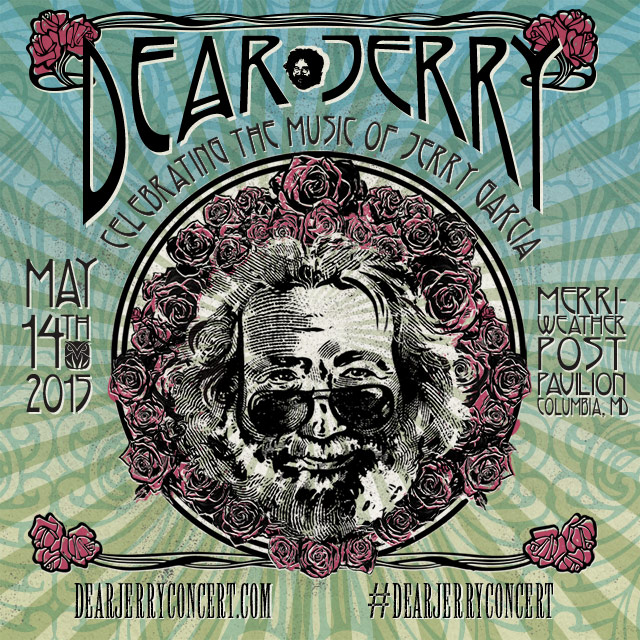