Cats Under The Stars Vinyl Update

We’re absolutely delighted to share the Cats Under The Stars: 40th Anniversary Edition with you.  The pressing sounds spectacular.  Possibly the best it’s sounded since the Jerry Garcia Band was holed up at Front Street laying these songs down.

Unfortunately when we began to fulfill pre-orders at Garcia Family Provisions, it became apparent a small portion of the vinyl jackets do not meet our standards for quality.  Issues with the jackets include light scratches on the cover, uneven jacket folding and glue release, particularly on the bottom of the jacket.  While we expect most fans will receive a flawless jacket, there are likely a few jackets out there which shouldn’t have made the cut.

If you purchased a copy of the 40th Anniversary Edition and feel you received a jacket which exhibits any of the fold, scratch or glue issues mentioned above — we want to make it right!  Follow the steps below and we’ll have a replacement jacket shipped out on the double.

• Email CatsVinyl@JerryGarcia.com with the following in your message:
– Your full mailing address
– An image or copy of your purchase receipt
– An image showing the jacket’s flaw(s)
– An image of the foil-stamped jacket # (Gold vinyl purchasers only)

The good news is the records themselves are perfect, but we apologize for any inconvenience to anyone who receives a flawed jacket.  We do our very best to produce every release on Round Records in a manner which honors the spirit of its creation. Thanks to everyone who’s supported our efforts to celebrate Jerry’s music.  We look forward to sharing more music with you soon! 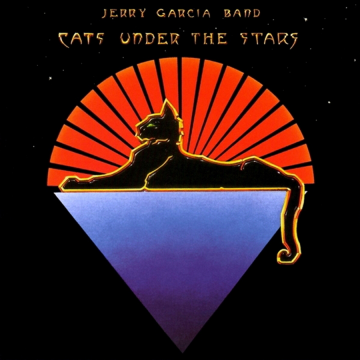