During the winter of 1973, Jerry Garcia plunged into a new side-project—a bluegrass group called Old and in the Way, featuring Garcia on banjo and vocals, John Kahn on string bass, David Grisman on mandolin and vocals, and guitarist/singer Peter Rowan. Fiddler Richard Greene joined in April of 1973, but juggling his own band in LA, dropped out after a couple of months and was replaced first by John Hartford, and eventually by Vassar Clements—widely regarded as one of the best fiddlers anywhere. Having not played the banjo as frequently as he had previously, Garcia’s skills were admittedly not what they used to be, but, as he said, “they were smoothing out near the end.” The band broke up due to fighting between Rowan and Grisman, but there were plans for a comeback before Jerry’s death in 1995. 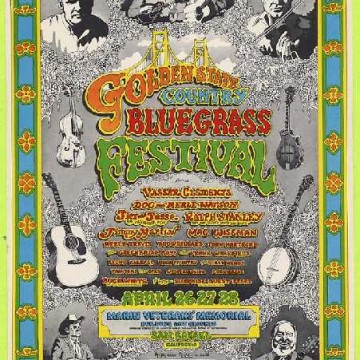 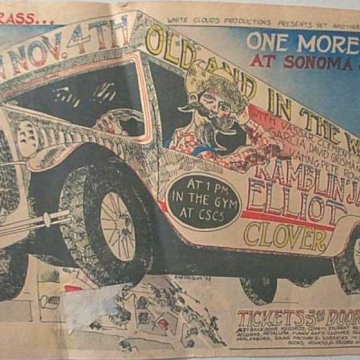 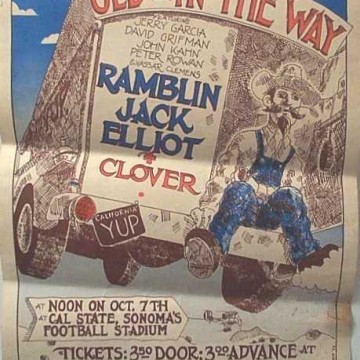 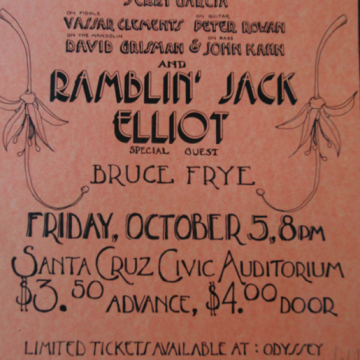 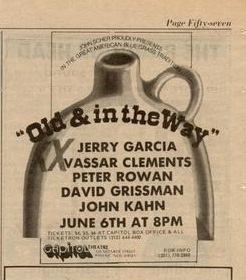 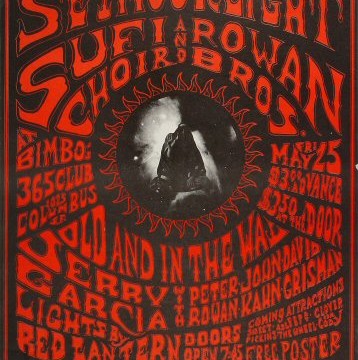 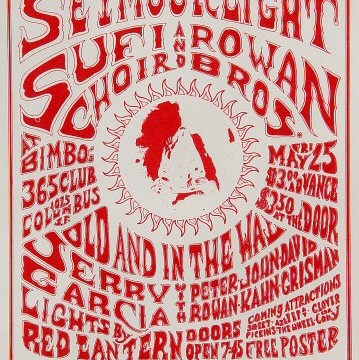 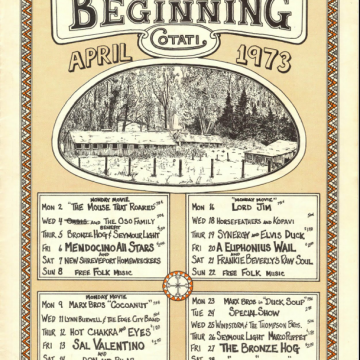