New Riders of the Purple Sage

GO ON TOUR
Add to favorites

In late 1965, the members of The Warlocks discovered another band performing under their same name. With the help of a nearby dictionary of folklore, Jerry Garcia rechristened them Grateful Dead. Newly-named, the group became the house band for Ken Kesey’s Acid Tests. They went on to become one of the longest-performing rock bands around, with one of the most devoted fan bases of all time. Though the lineup changed over the band’s thirty-year tenure, the core remained mostly intact. 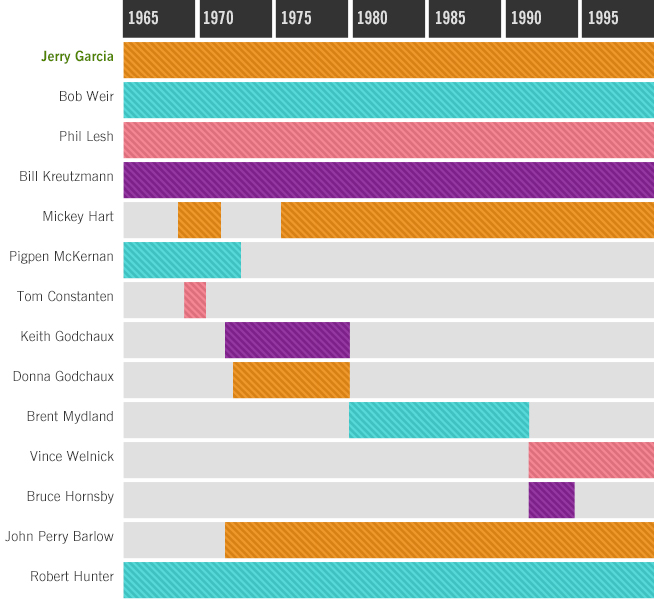