Announcing the next installment of the GarciaLive series: GarciaLive Volume Three: December 14-15, 1974 Northwest Tour celebrating one of Jerry’s most experimental, improvisational and revered projects: Legion of Mary. Scheduled for release on October 15, 2013, GarciaLive Volume Three presents highlights from two winter 1974 performances captured during what is thought to be Legion of Mary’s first tour featuring the core lineup of Garcia, Merl Saunders, John Kahn, Martin Fierro and Ron Tutt.

Garcia’s voice and playing sound inspired and youthful while Saunders drives the soul with the organ and his gruff, husky singing voice, effortlessly paired with Kahn’s and Tutt’s steady rhythm and Fierro’s perfectly textured brass playing. The music more than delivers with the musical baton being passed around effortlessly, with leads chasing leads and the musicians following one another gracefully as evidenced on tracks like the hard-driving “Mystery Train” where the musician’s solos dance and sway with each other.

Pre-Order bundles are now available exclusively via the Official Garcia Store. Bundle option include a “Legion of Mary” T-shirt, a limited edition screen printed poster signed and numbered by artist Alan Forbes and (of course) GarciaLive Volume Three: December 14-15, 1974 Northwest Tour as a 3 CD set, 256kbs MP3s, 16 bit FLACs or 24bit FLACs. And for all you traditionalists out there – the CDs themselves are available on their own as well.

Pre-orders will ship on or around October 11, 2013 along with any other merchandise on your order. If you wish to receive other items sooner please place a separate order. 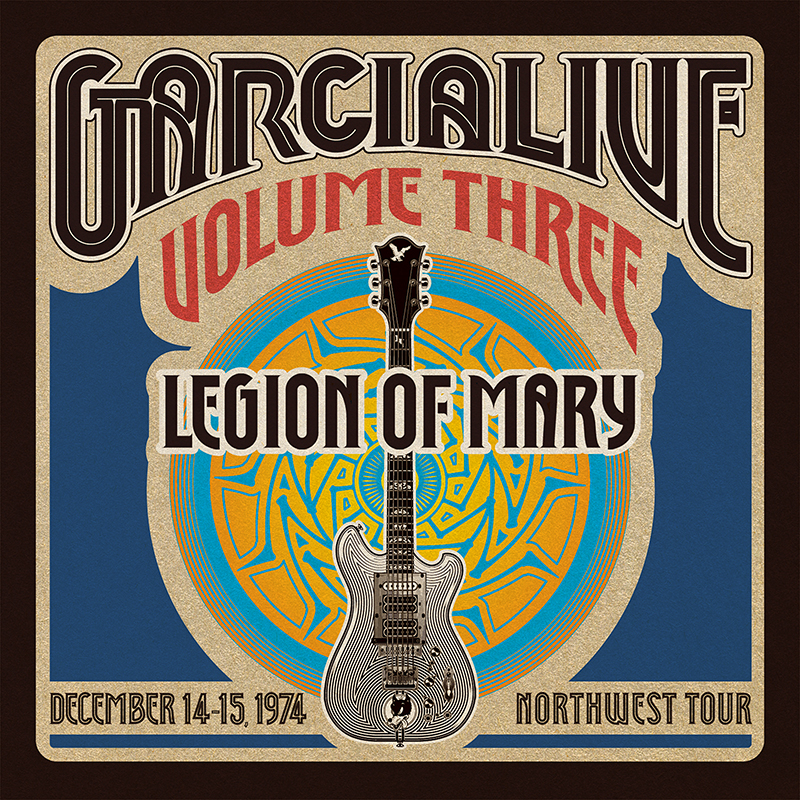