All The Years Combine: Celebrating Jerry Garcia In Picture continues into its third day with a candid photograph from 1971 captured by friend of the Grateful Dead and photographer Rosie McGee while with the band on their trip to France. 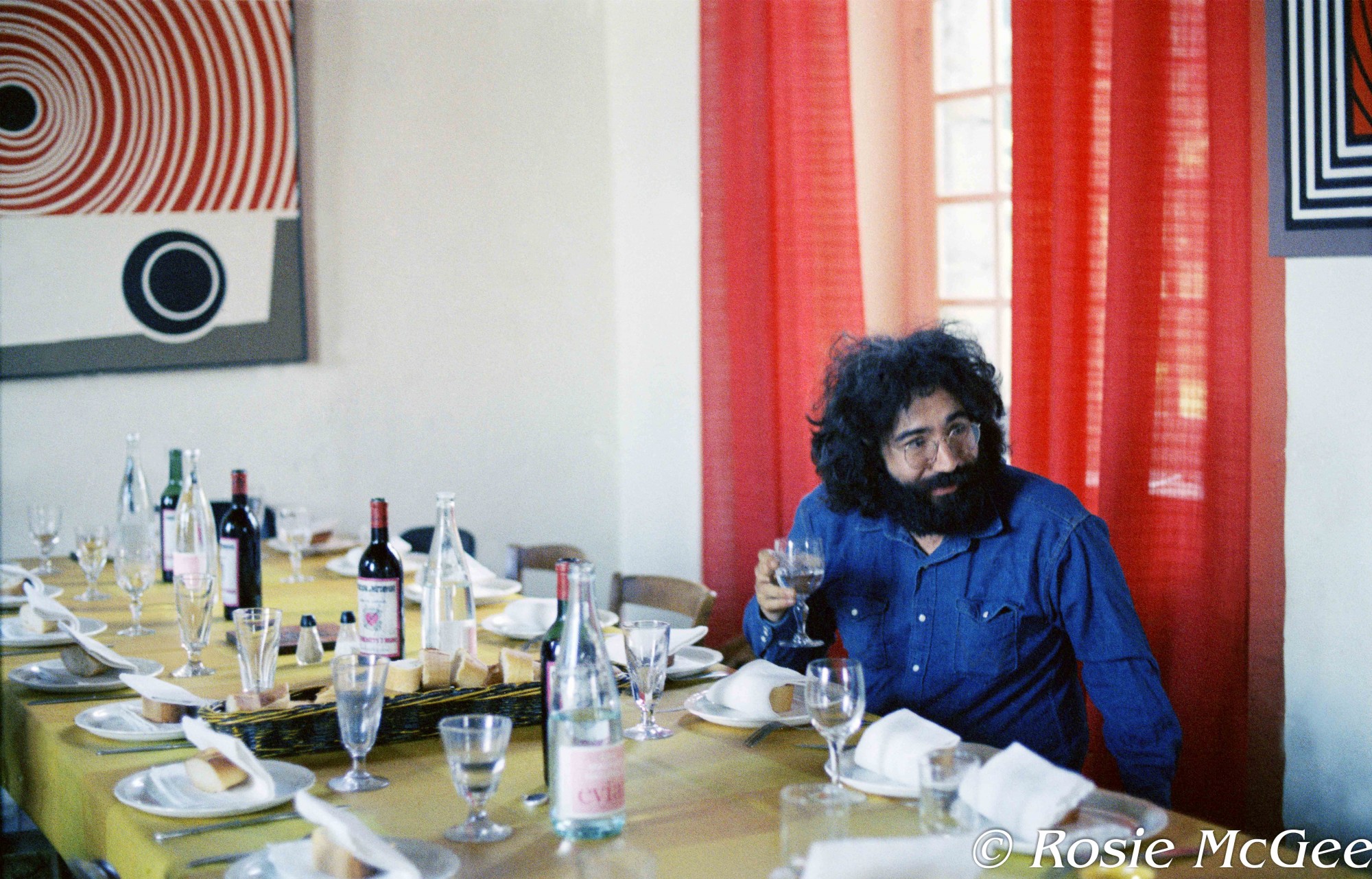 “In mid-June, 1971, the Dead were hired by a French fashion designer to play an outdoor festival 17 miles outside of Paris. As a native French speaker, I went to France to advance the gig with their manager, Jon McIntire. Two days later, while the band and crew were flying over the Atlantic, a deluge of a rainstorm trashed the concert site and the festival was cancelled.

Our accommodations were at the 18th century Chateau d’Herouville, 35 miles outside of Paris. Our gracious host was renowned film music composer Michel Magne, who created the paintings hanging on the walls of the dining room. Here, Jerry is waiting for the rest of the band to come downstairs for lunch.

We were there two more days, during which the band toured Notre Dame Cathedral and the Eiffel Tower; and the band played a concert for the local villagers on the lawn of the chateau, filmed by a Paris television station.” – Rosie McGee