We close our celebration of 73 years of artistry and reflection on the 20th anniversary of Jerry’s passing with the ninth and final installment of All The Year’s Combine: Celebrating Jerry Garcia in Picture: Robbi Cohn’s iconic live image lovingly titled Bird Song. 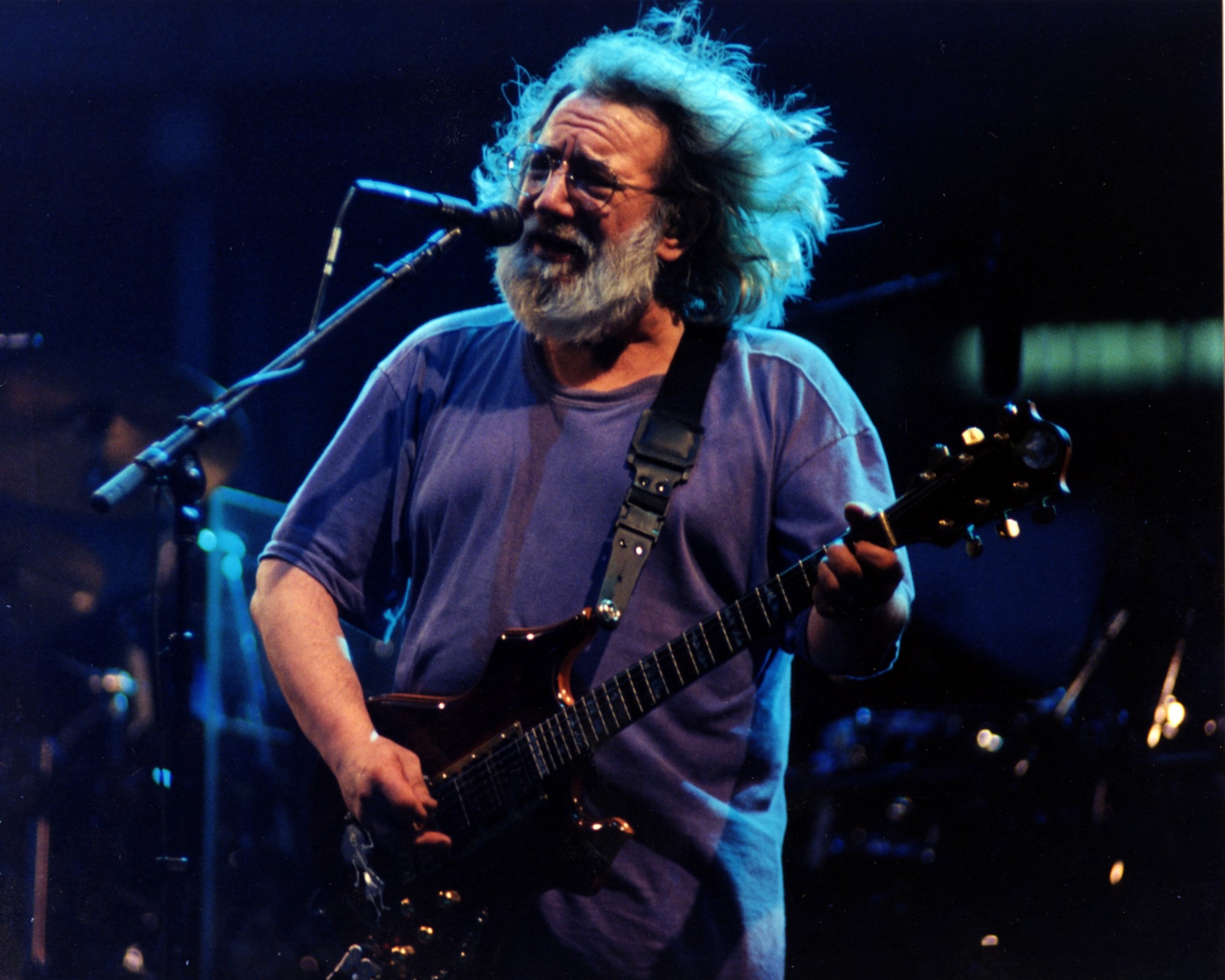 My experience with the Grateful Dead is from a Deadhead’s perspective…the music and Jerry’s sound drew me to the Dead. It wasn’t until 1984, years after my first show in 1971 that I brought a camera to shows and it was totally kismet that I was able to turn my passion into a career. I started shooting for Grateful Dead Merchandising in the late ’80’s, mostly for the yearly calendars and sometime in 1991 the band licensed Dead Images and it’s been nonstop since then. I’ve photographed the band 300 or more times and continue to find images buried in the archives. I’m just starting to uncover gems I’ve neglected, mostly the b&w catalog as well as all the slides.

Bird Song was my first limited edition, taken during an extremely rainy show in Pittsburgh at Three Rivers Stadium. Normal protocol was first three songs in the pit, but on this day I was lucky to spend the entire first set shooting the boys and captured Jerry with blue lit blowing hair. It was one of those instances where you walk away with that “I got the shot” feeling.

Bird Song has been published extensively and was used by Jerry’s estate for several projects including hang tags for J Garcia ties. For me it evokes everything I choose to remember about Jerry and years on tour. I hope it does for you too! – Robbi Cohn