We move into the fourth day of All The Years Combine: Celebrating Jerry Garcia in Picture with a psychedelic photograph of Jerry in his one-of-a-kind Nudie suit shot by friend and photographer Roberto Rabanne.  Roberto offers the tale behind this image, and the subsequent limited edition print below: 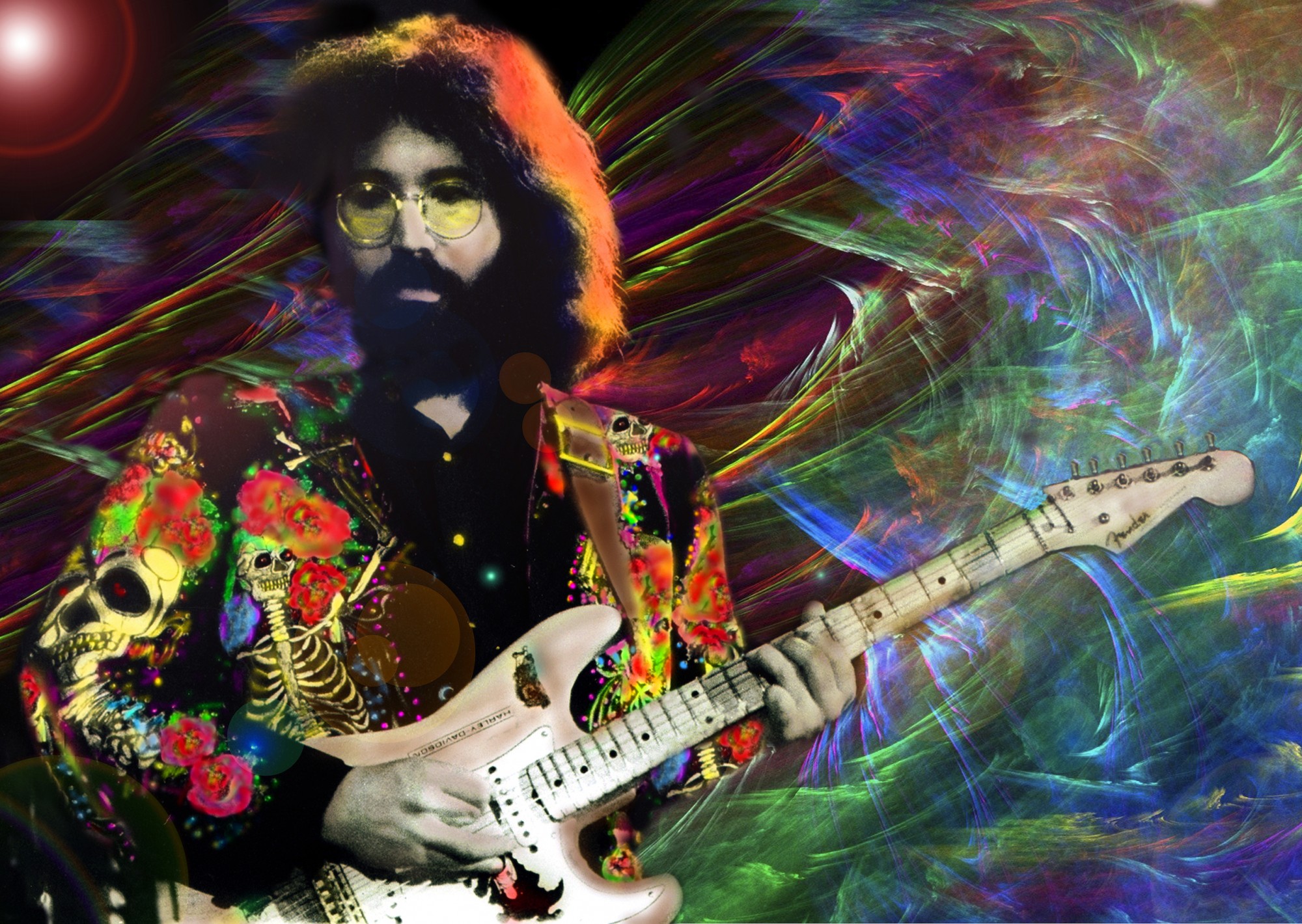 “This is one of my favorite shots of Jerry.  I had my usual spot at the foot of the apron, stage right of Jerry at the 1972 New Year’s Eve show, Winterland SF.

He whispered to me just prior to going on that he thought it was a going to be a fashion moment he might regret, ‘but what the hell, I love this suit!’  I told him that he looked very cool, and that this would a historic moment, he just laughed ‘yeah, right on.’

And so moments later he went on stage. the crowd roared their approval.  I think they were in shock and could not believe Jerry’s sartorial splendor.  When the spotlights hit him, the ‘WOW!’ effect was spectacularly blinding!

That particular show was equally spectacular. That night Jerry and the band were in that intense mythical groovy space like no other, I will never forget the experience and this photo says it all.” – Roberto Rabanne

Signed & numbered limited edition archival photo prints of Jerry Garcia – Nudie Suit, 1972 are available for a limited time via the Garcia Family Provisions online store.  Roberto created this special psychedelic version to commemorate the band’s 50th anniversary. It is printed on premium archival metallic paper as an 11×14, 16×20 and 20×30 in a limited edition of 250 prints per size. Once this edition is sold out the original file will be destroyed to guarantee that this photograph as is will never be reproduced again insuring that value of the print will only increase with time.