All The Years Combine: Day Eight – The Smoker, 1993 by Jay Blakesberg

All The Years Combine: Celebrating Jerry Garcia in Picture continues into its eighth day with Jay Blakesberg’s striking portrait of Jerry captured in 1993 and the tale behind the shoot: 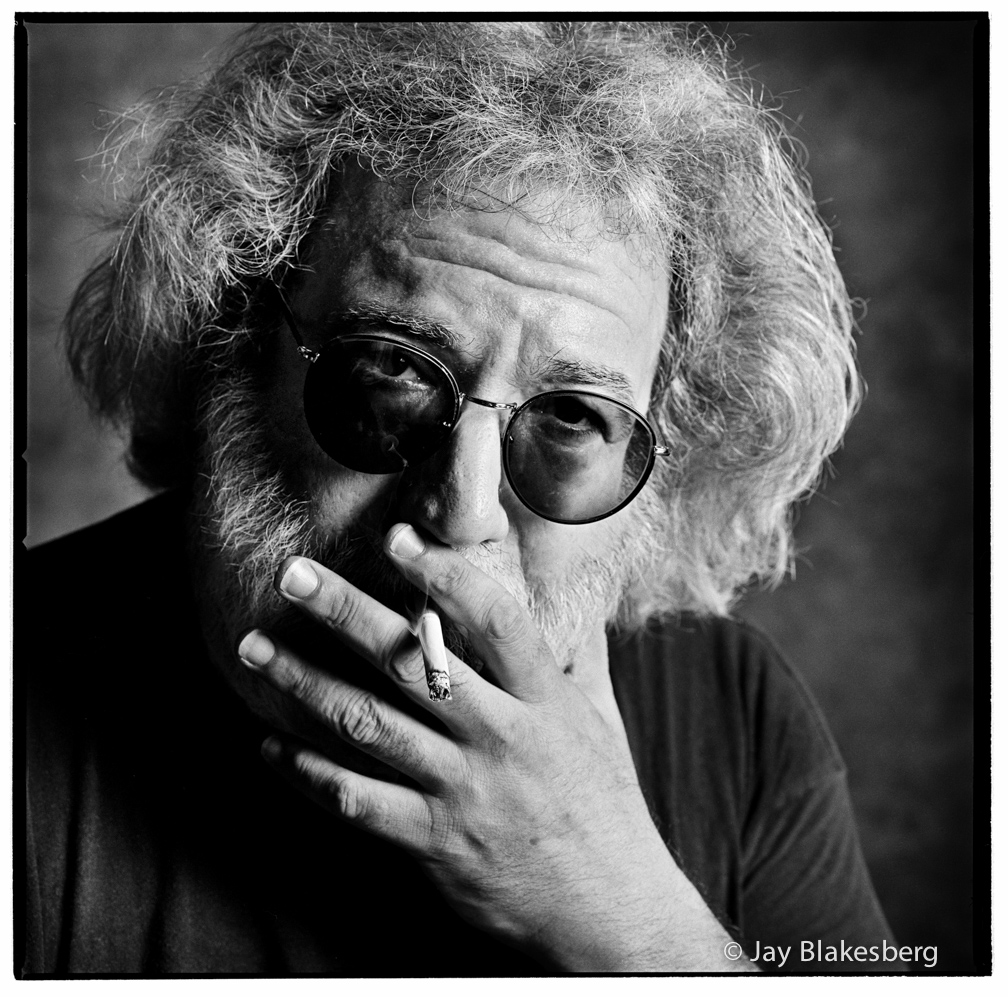 This photograph was taken September 1993 in David Grisman’s living room in Mill Valley, Ca. It was a shoot for the cover of Acoustic Guitar Magazine. When Garcia got to the house, he realized he forgot to bring his Acoustic Guitar (a must have for a guitar magazine shoot), so Grisman loaned him a cool vintage Gibson. We did a bunch of shots of the 2 of them for the cover, then we did some individual shots of each of them with their instruments. Jerry was never that into doing photo shoots, so his way of dealing was to just start playing music. They basically just jammed for me for 20 minutes or so while I kept asking them not to sing because then they would have funny faces. For the last solo shots I asked Garcia to put the guitar down so I could get some nice focused eye contact. He lit up a cigarette and I asked him to take a drag while I shot. To me this really represented who he was at the time. I call this image “The Smoker.” – Jay Blakesberg

Limited edition archival quality photo prints of The Smoker, 1993 signed by the photographer are available for a limited time via the Garcia Family Provisions online store.  To learn more about Jay Blakesberg’s photography, visit Blakesberg.com.