A Dose Of Jerry From The Avett Brothers

Bob Crawford from The Avett Brothers has compiled a playlist of his favorite Jerry tunes through the years in advance of the October 15th Dear Jerry: Let’s Play Two -This Is 30! concert in Fairfax, VA! Tickets available here.

We know that Jerry loved Gospel because he played so many Gospel songs and the make up of his band was reminiscent of what you might find in Baptist or Pentecostal church on a Sunday morning in the South.  It’s special to me because many years after I first heard the song, I read Psalm 91, upon which it is based.

Cascading waterfalls of melody flow from Jerry’s guitar on this one.  Add in the philosophical wit of Robert Hunter and you get a song that you can really hold on to and personalize.  As a 19-year-old deadhead, I adopted this as my personal favorite for a long time.

I’ve always imagined this as a thematic play on Charlie Poole’s “Don’t Let Your Deal Go Down Blues”.  Jerry often made this the epic climax of the first set.  When explaining jamming to my friends unfamiliar with the style, I tell them it’s all about ‘tension and release”, of which there are many examples here.

There were several Jimmy Cliff songs in Jerry’s repertoire.  This is my favorite.

The Thrill is Gone-Jerry Garcia and David Grisman

It’s cliché, but the first time I heard this album, it blew my mind. This BB King cover is the first song on that album. From the first bass pickup notes, mandolin harmonic, and percussion hits, to the hard stop at the end of “Arabia” (the final song on the record), this album is an amazing journey.

These three songs are of a piece.  Whether along the wharf or through the Mission District, the main character in each of these songs is wandering all alone through an unforgiving world, lost in their own regret.  What I love about these songs is that they balance our penchant for regret with our eternal hope for better days to come.

Jerry proves that he can fit in naturally as a banjo player at a Bluegrass festival as he does in the arena with The Dead.  If you have never heard the “Old And In The Way” album, do yourself a favor. 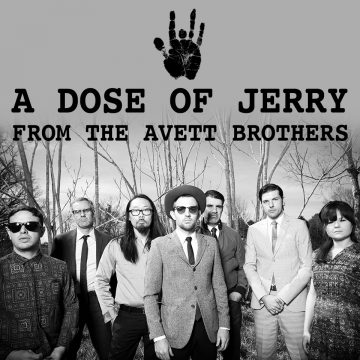