On November 25th, Round Records and the Jerry Garcia Family will celebrate the 40th anniversary of Reflections, Garcia’s 3rd full-length studio album, with a pair of reissues on 180-gram vinyl. The Reflections vinyl re-issue features audio re-mastered for release by Fred Kevorkian with lacquers cut by Ron McMaster at Capitol Studios and vinyl pressed by Quality Record Pressings. A purple tie-dye edition is pressed in a limited edition of 3,500 with individually numbered foil-stamped packaging and will be available exclusively at your local independent record store during Record Store Day’s Black Friday 2016 event. A 180-gram black vinyl edition will be offered via Garcia Family Provisions.

Originally released in early 1976, Reflections features a diverse mix of roots-oriented styles with contributions from Garcia’s two primary vehicles of musical expression — the Grateful Dead and the Jerry Garcia Band. In some ways, Reflections picks up where Garcia and the Dead left off on Blues For Allah. Speaking about the sessions, Garcia explained “we were having fun in the studio is what it boils down to, and that’s pretty rare for us. The energy was there, and I thought, ‘I’ve got a solo album coming up. Let’s cut these tracks with the Grateful Dead. I’ve already taught them the tunes.'” Assembled in Bob Weir’s home studio, Ace’s, Garcia and the Dead laid down well-worn but never previously recorded songs including “They Love Each Other”, “It Must Have Been The Roses”, and “Comes A Time” plus a new song, Robert Hunter’s “Might As Well” — a document of the Dead’s 1970 trip across Canada aboard the legendary Festival Express. The balance of the record showcases the late-1975 Jerry Garcia Band core featuring John Kahn, Ron Tutt and Nicky Hopkins, plus Larry Knechtel of the famed Wrecking Crew. Like the material recorded by the Grateful Dead, the Jerry Garcia Band’s selections were also road-tested prior to recording. The cuts included the seminal Garcia/Hunter ballad “Mission in the Rain” plus renditions of Hank Ballard’s rocker “Tore Up Over You”, “Catfish John” and Allen Toussaint’s “I’ll Take A Melody.” As Steve Silberman noted in the 2004 All Good Things box set, while Reflections was effectively two half-albums in one, “it’s one of Garcia’s most artistically unified statements of harmony, affirmation and joy.”

Those interested in picking up the limited edition 180-gram purple tie-dye edition can find a list of independent record stores participating in Record Store Day’s Black Friday event at RecordStoreDay.com. The 180-gram black vinyl edition is currently available for pre-order at Garcia Family Provisions in advance of its release on November 25th release date. 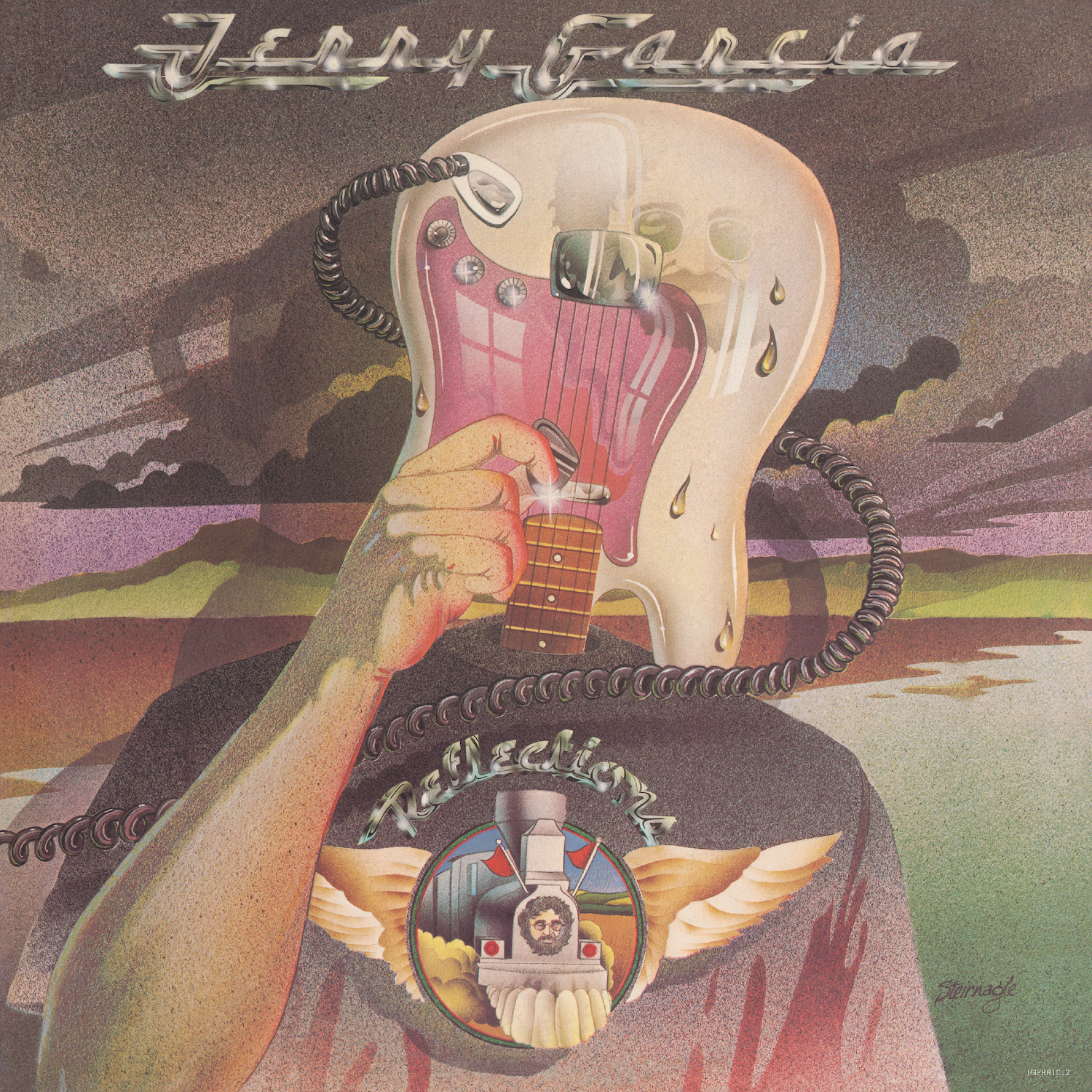